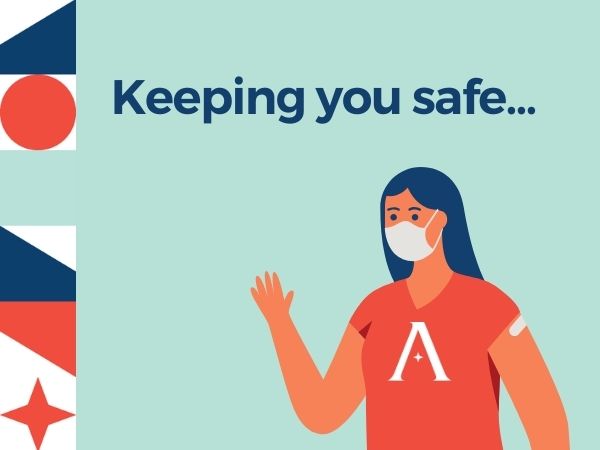 Update for Our Offices & Sales Centers

Atlantic Builders is Open For Business!

Technology is a BEAUTIFUL thing, especially now. We want you to know that our team has plenty of ways to keep in touch with our customers via phone, email, video calls, 3-D Tours, and our Online Design Center. So please reach out to us today. We're happy to help you find your Dream Home from the convenience of your couch.
Fill out the info below or call us to setup a virtual appointment.

Sometimes, the best things in life happen when you just slow down to smell the flowers.

But other times, the best things come zooming down a hill at upwards of 30 mph.

Oh, and those zooming things are driven by children.

Yes, we’re talking about soap box racing, and the Spotsylvania Soap Box Derby returns to the Dominion Raceway on June 6. It’s one of our favorite Fredericksburg, VA events.

The year is 1933. The place is Dayton, OH. Photographer (and future namer of the Corvette) Myron Scott was on assignment: get photographs of what kids were doing for fun. He saw some children racing homemade motorless cars down a hill and got his photos. To get even more pictures, he told the kids to come back in a week and bring friends to compete for prizes. It was so successful, Myron had a lightbulb moment.

Getting a copyright on the idea, Myron continued to build Soap Box Derby racing, with it becoming “official” a year later in 1934. In 1935, and with Chevrolet as a sponsor, the Derby moved to Akron, OH. A year later, a permanent track was built as part of a WPA project. The sport was simple: after victories in regional races, winners would travel to Akron and compete in the Soap Box Derby World Championship!

For over 20 years, Fredericksburg had its regional Soap Box Derby down William Street. But in 1972, Chevrolet stopped being a national sponsor and enthusiasm for soap box racing slowed to a stop.

Until 1997, when city councilman, Ralph “Tuffy” Hicks, proposed it was time to get rolling again. The City Council agreed, and the Soap Box Derby was up and racing. In 2018, Spotsylvania County took over, changed the official name to the Spotsylvania Soap Box Derby, and moved the event to Dominion Raceway where it continues today.

Soap box racing is all about helping kids excel, which is why it’s such a perfect sport for Fredericksburg. Fredericksburg, you see, is all about kids and families—there are always family-friendly things going on. From the historic Fredericksburg Battlefield or the childhood home of George Washington, to the adventurous paintball-blasting Zombie Escape at Dominion Raceway, Fredericksburg has something fun for every member of your family.

Atlantic Builders has built homes all over Spotsylvania County, created to give families a place to grow and thrive. And we’re still building: in communities and on land that families already own (yes, we can do that too)! Our homes provide all the space and spaces families need to eat, play, live, rest, learn, and work—and allow families to feel that special comfort in each and every room, feature, and design that only home can bring.

The Spotsylvania Soap Box Derby is one of our beloved Fredericksburg, VA events. Click here to learn more about all the fun your family will have at the raceway on June 6.

Location, home designs, features and prices are subject to change without notice. We are pledged to the letter and spirit of the U.S. policy for the achievment of equal housing opportunity throughout the Nation. We encourage and support an affirmative marketing program in which there are no barriers to obtaining housing because of race, color, religion, sex, handicap, familial status or national origin.


Why Build With Us